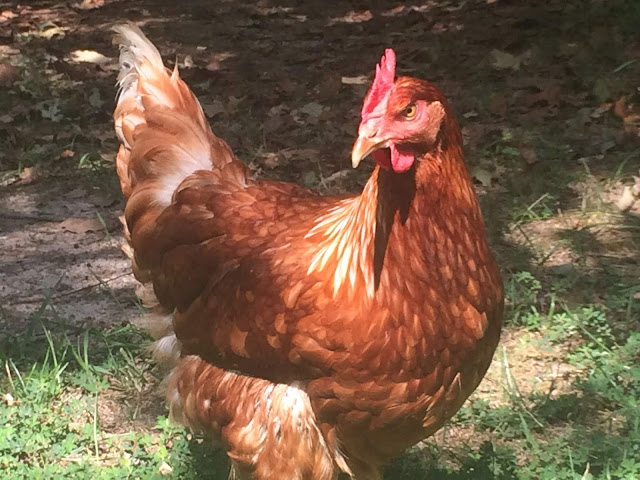 Do you ever wonder about the origin of words? Like the word—Squabble.

It's a funny sounding word, but one day when I was working in my garden, I heard a squabble in the chicken run. I bet that word's origin is from when someone heard chickens harassing each other.

We had purchased ten Golden Comets in May 2016 and lost one during the winter. So in May of 2017, we purchased three more girls to give us an even dozen. After the other girls had gone to bed on their roosting pole, we opened the coop and added the new girls right beside them. We did this in hopes the old girls would not realize the brood had changed and that 70% of the time this method worked. But not in our case.

Since we were new to raising chickens, we never expected to encounter our sweet girls bullying the new girls. Of course, if I was near, I fussed at them and tried to intervene on behalf of the newbies. I called my hubby and told him what was happening. He didn't seem overly concerned until he saw it first hand a couple of days later. Then he fully understood how aggressive our older girls could be. His disappointment did make me smile though. It's as if he felt we were bad chicken parents raising tyrant chickens. Oh my, where had we gone wrong?

We nicknamed one of the new girls—Scaredy Cat—because she wisely kept her distance from the others and another we called—Blue. She seemed to be the one who wanted to be accepted and tried to submit to the old girls, but that resulted in her being the one who had tail feathers plucked out. The medicine we use on her looks like dark blue ink, hence the name Blue. To this day, she is the one who gets picked on the most. I guess she's at the bottom of the pecking order.

The day I heard my first squabble, I had an epiphany right in the middle of my butternut squash.

I'm simply the owner and caretaker of the Bloom Girls, but I became quite concerned and upset at the turmoil in the chicken run. Now I understand animals have their peculiar ways like establishing a pecking order, but it still bothered me to see how vicious they could be.

But what about God?

He's not an owner. He's our Creator and Heavenly Father.

How does He feel when one of His children hurts another? Or we wrongly judge each other and treat each other with indifference? Or we despise someone because of their political or religious views? Can you imagine how heavy His heart is when He looks down on earth and sees all the squabbling going on?

I wonder if He looks at Jesus sometimes and says, "Why can't they get along? Why do they have to be so hateful to each other?"

Now I can't change the fact that chickens establish a pecking order any more than I can change how people treat each other. But I can try to treat others with respect and dignity and not judge others by my imperfect standards.

You see, I don't want to be the one causing the squabble in this run, we call life.

My prayer is for my Heavenly Father to open my eyes, so I see others the way Jesus sees them—as the child of God they are—loved deeply by the Creator of the universe.

Maybe if we all tried to do this, there would be no pecking order or any squabbling.

1 John 3:1a, MSG. "What marvelous love the Father has extended to us! Just look at it—we're called children of God! That's who we really are."

What about you? Have you had any epiphanies lately? I adore these wisdom bombshells of great insight. Please share and let's everbloom with new growth. 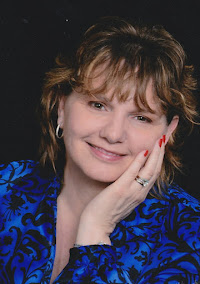